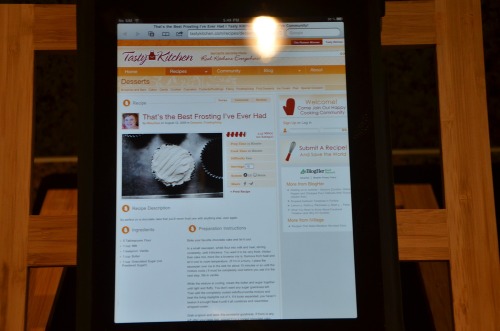 I’m a big fan of the Pioneer Woman and some of her recipes are just kick ass like her “Marlboro Man’s favourite steak sandwich” and lemon pepper chicken sandwich. When I saw this frosting recipe where you cooked flour and milk (roux) I had some doubts but then started to see it everywhere on other blogs. Another blog I’ve recently started loving (thank her for the soft pretzels you see in my previous posts) also said it was a show stopper so I had to try it. It’s a long process of waiting for the mixture to cool down AND it reccommends you use it the same day. I had a day today and said screw it, I’m making this tonight even if I’m going to be the only one eating it (normally I bring it to the office). 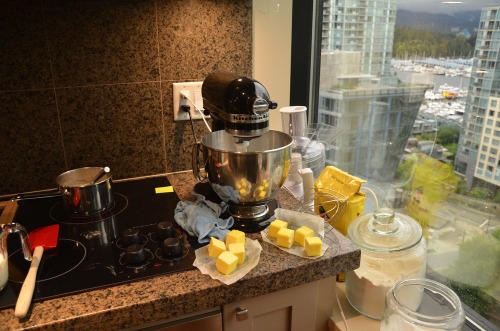 I decided to make a yellow cake with some pure orange oil extract added to it to make it heavily orange scented yellow cake. I found another blog for the cake recipe and used it because I had a whole carton of buttermilk to use up. Butter took forever to soften because it was salted butter and it was cold outside. 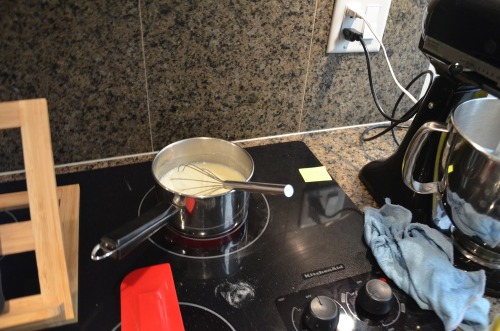 Here is the milk/flour cooking. 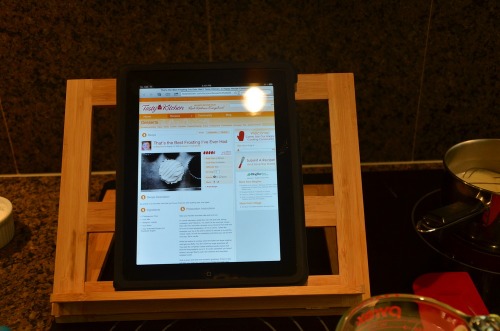 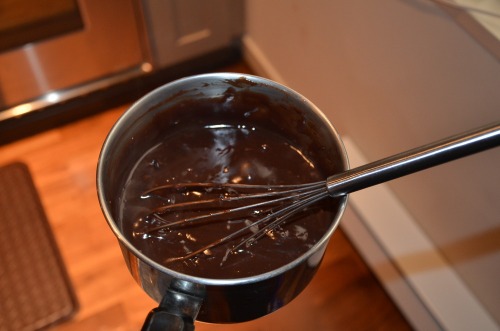 Finished cooked product before the addition of butter (it tasted like the icing you get on a long john donut, yum) 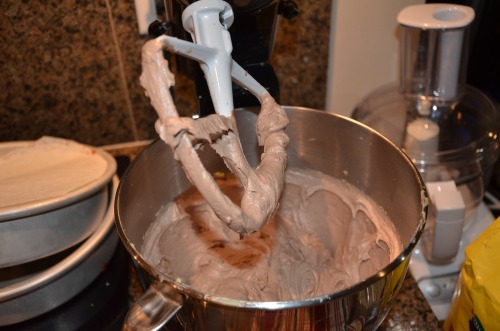 Ok this is starting to look serious 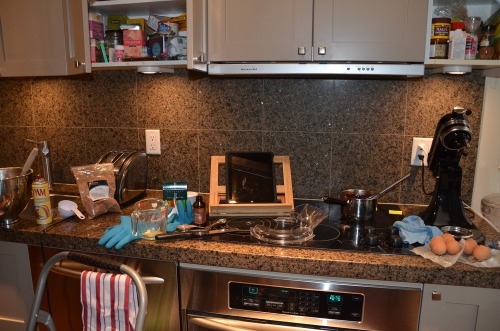 This is the mess by the way 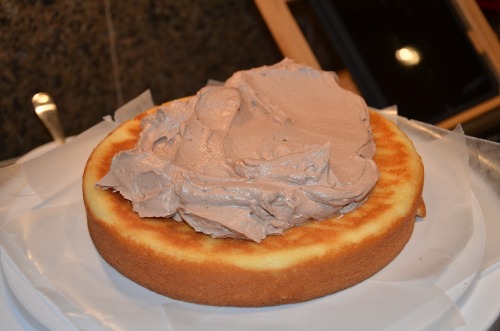 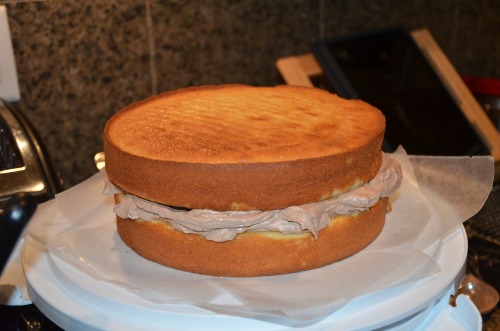 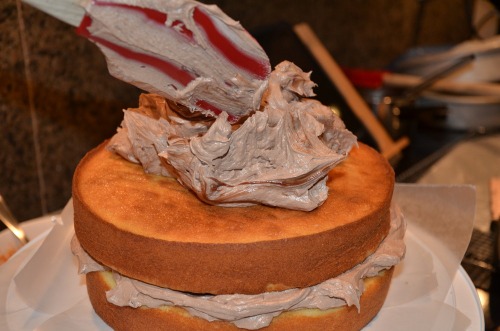 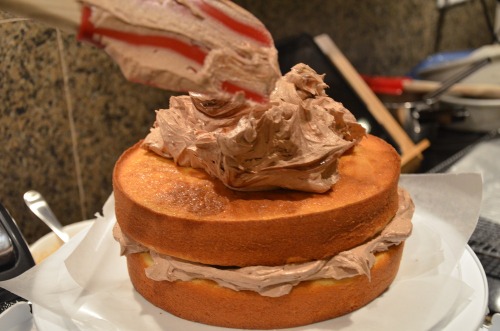 Verdict?…this is the best icing I’ve ever had…It tastes like ice cream in icing form. I don’t want to share. But I will because my thighs will thank me later.

Here is the recipe: http://www.melskitchencafe.com/2010/09/the-best-frosting-ever.html 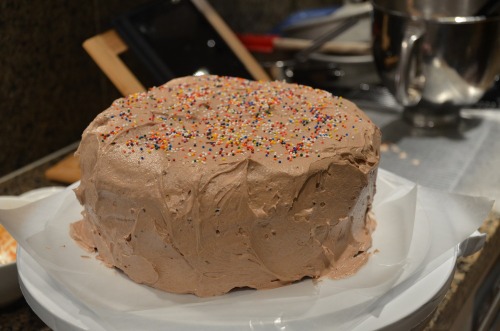