We went up for the weekend with Ryans dad, his wife, Wade, Amanda, Ben, Mayu and their kids. Weather was spectacular and there was the Warrior Dash going on that weekend which meant alot of people dressed in viking hats walking around the village. We booked a canoeing trip from a classmates reccommendation. The trip was called the River of Golden Dreams. You canoe (or kayak) from Alta lake, down a river to Green lake. The crew at Backroads Whistler pick you up at the second lake along with your canoe and shuttle you back. The current was mild but enough to push us in to the bushes one too many times. I’ve got more photos on flickr here: 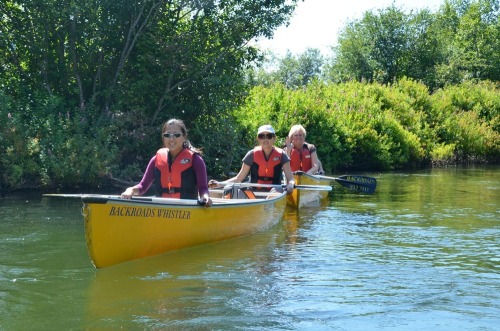 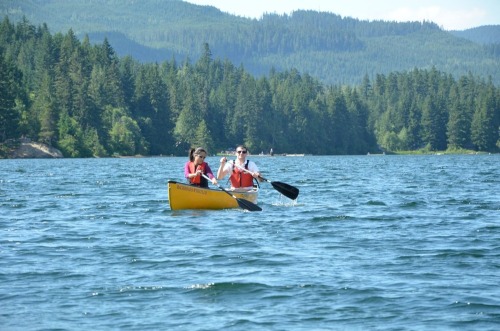 I totally recommend this canoe trip we did by the way: http://www.backroadswhistler.com/ The guys at Backroads gave us a great run down on where to take photo ops and spent a good deal of time explaining the hard parts of the river to us.

They warned us about the currents pushing us into the bushes. Here’s a shot of Wade crashing into bushes because he didn’t turn in time. 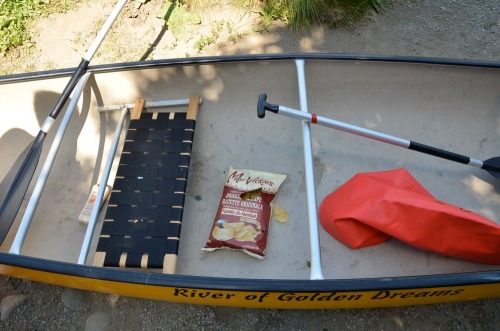 Make sure you don’t leave your food unattended too. A furry little creature, we suspect a chipmunk, got into our bag of chips in the canoe while we were scouting the water level along the river. 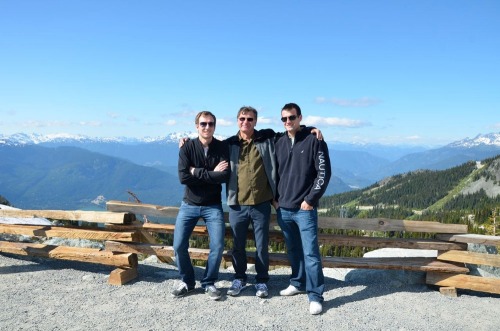 Ryan’s dad Rick got a new Nikon and was taking as many photos as we were. We’ll have to get his and share the other half of the photos from their perspective.

Photo of Ryan and Wade at dinner looking good for the camera.

Here are a few shots of Ben, Mayu and their eldest daughter. We were all totally smitten with Yuzu, she’s such a calm baby. We didn’t hear her cry more than once and even that was super mild and short-lived.

Ben in his baby sling looking like Zach Galifianakis in the Hangover. 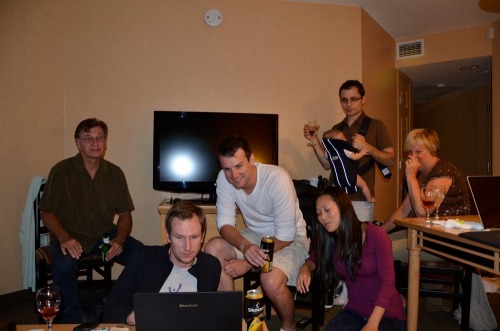 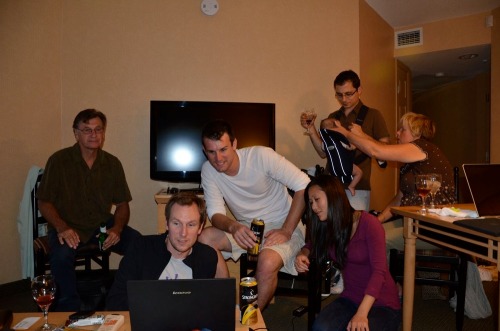 Here we are looking at the photos we took that day on the computer in our hotel room. I think this weekend was a good one in the memory book. Hopefully more to come.

2 thoughts on “Whistler down the River of Golden Dreams”