A few years ago I started entertaining and my events would get bigger and bigger to the point where I had no time to talk to half my guests. After a while I felt like I had no time to actually enjoy my own event so I got help in some of the cooking to alleviate that. Even then, I felt like I was seeing the same group of people (albeit wonderful people) and it sort of lost its charm because I felt this obligation to invite people for the sake of inviting them but had no space or opportunity to get to know new ones. I took a year off from entertaining after I moved but starting grad school gave me this renewed sense of energy and well, I guess ambition again to entertain a large crowd. I changed things up this time and invited people that I had met in the past year or as recently the past month that I really had an interest in and wanted to get to know better. Of course there were still old friends there as well but I really made it a point to have a good mix of new and old friends. My sisters, my friend Lucas and my dear friend Jenny helped me so much with prep, decorating and cooking that I doubt I could have pulled it off without their help so I was thankful for them. I was also pretty thankful for the great company I had that night. Everyone was cheerful, chatty, and open to meeting one another which I think made for a spectacular night. So thanks everyone for coming and here’s to next year!

Some photos of the event below: 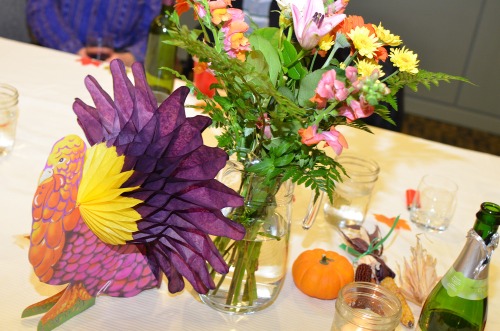 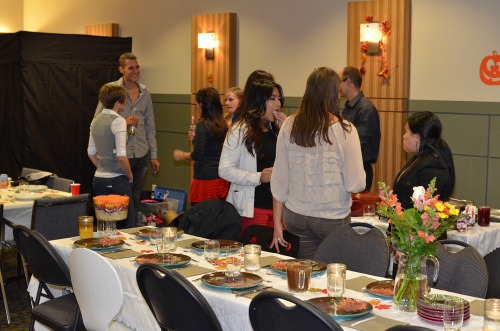 The beautiful table and decorations that Jenny laid out.

Some of the photos that came as a result 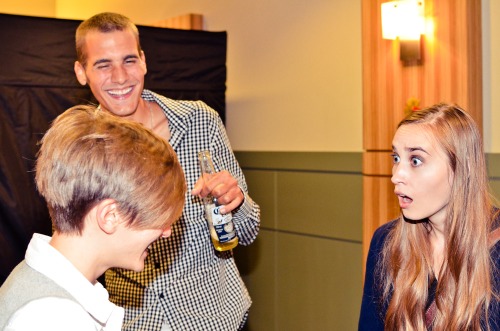 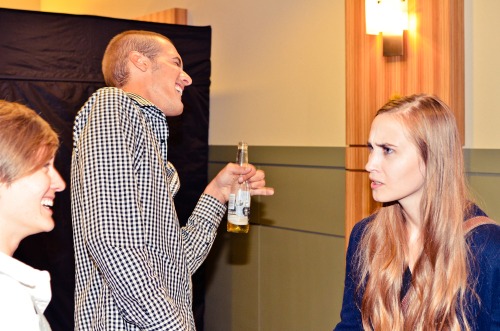 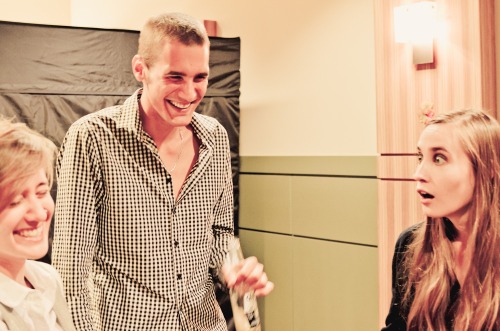 I’m not sure what Jess, Andrew and Rachelle were talking about but they seemed to be pretty into their story

Me, my dad, and my MA supervisor Bob.

Simon and Shelly, my former co-workers.

The rest of the photos are on Flickr here:

One thought on “My "Almost Annual Thanksgiving Dinner"”