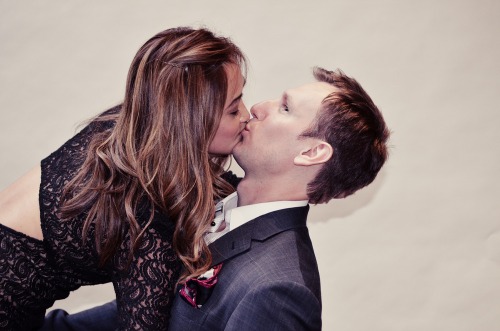 Ryan, Ying and I went to his friend’s Nelson’s wedding last night and it was so nice. They had their ceremony at the law courts downtown and then their reception at Kirin downtown. It was super convenient for us since it was walking distance to both venues from home.

Neither Ryan nor Ying had brought any formal wear from Cayman so both had to do some shopping for suits. Since Ryan hates shopping I helped him out by going to the department store 1.5hrs in advance to pick out a few outfits for him to try on. A sales woman — Cheri —  noticed my distraught girlfriend look and swooped in to help me out. She was a season veteran in the mens wear department and it totally showed.

By the time Ryan arrived we had several outfits all his size ready to go. Another funny thing I should also add was that when I was describing Ryan’s size, I had to sort of give estimates to Cheri. About an hour later she poked me quietly and told me to come with her. We snuck up behind another gentlemen and she asked quietly “is that guy about Ryan’s size?” I looked at the guy and realized it was Ying!!! So funny!!! He was suit shopping too and didn’t know I was there nor that Ryan was coming by. I guess there are only a few places in town to get a good suit…or they both have the same taste in clothing…in addition to being similar sizes.

Again, another good indication that Cheri was a seasoned shopper, was her keen eye for sizing. It was so good that all the clothes we picked out for him fit perfectly. 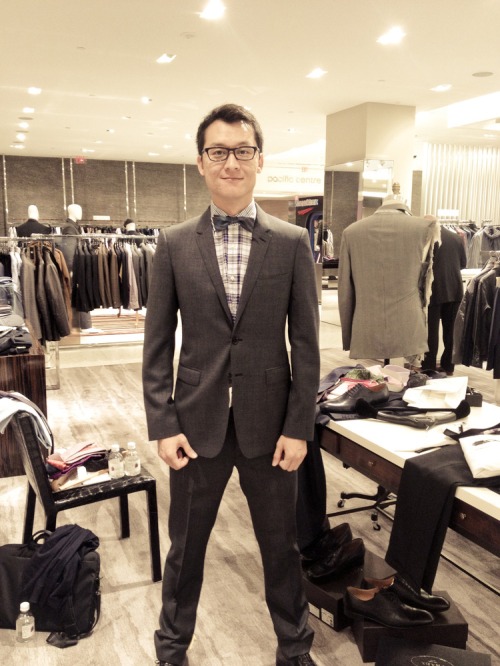 Ying was deciding between a pink shirt and tie or plaid and a bow tie. He picked the latter though he looked good in both.

Don’t they both clean up nicely? 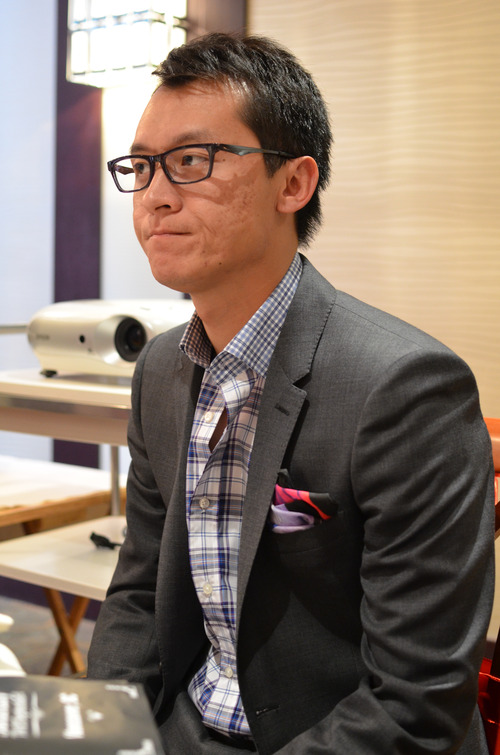 Some photos of the wedding reception.

Rather than a photo booth, Nelson and Andrea had a red carpet style photographer. He took a bunch of shots and then printed out the best on an 8×10 paper. I thought the photos turned out great. Guests got to take a photo and leave one with a note to the bride and groom. Ying didn’t have a date so he held up the program. Turned out pretty funny. Ryan said it looked like a graduation photo. 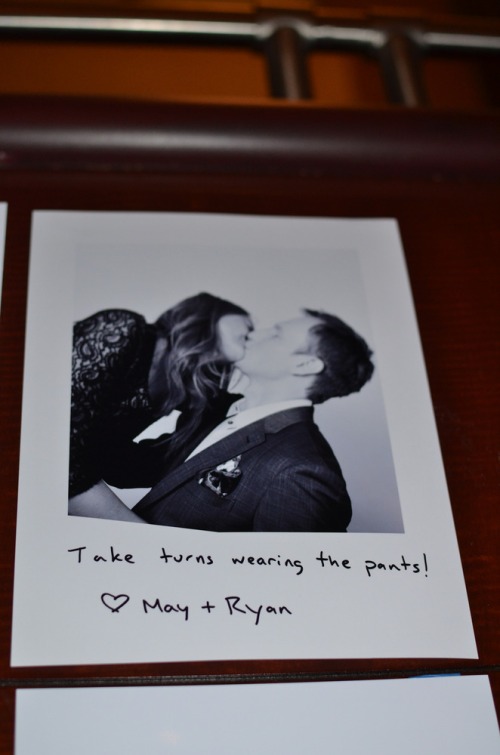 I decided I had to have the most memorable photo of the night after looking at some pretty creative ones up on the wall. I got up on a chair so that I was taller than Ryan, leaned him back and got the photographer to take a photo of me giving him a big smooch. My words of wisdom were “take turns wearing the pants”!