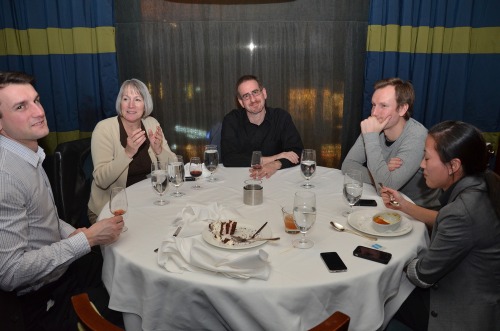 We went for dinner last night with Ryans mom, her husband Troy, Wade and Amanda. We had a good time chatting so much so that I didn’t care to pick up my camera to take photos until after dinner was over. We were enjoying one another’s company too much for me to want to whip out the beast of a camera. I didn’t think the few shots I took would turn out all that great because it was so dark but as it turns out, the gigantic flash attachment Ying loaned me proved well. Here are some shots from the evening.

My favourite is the one above. Ryan was hugging everyone goodbye and decided to give one to his brother Wade. After he hugged Wade goodbye, their mom insisted I take a photo. They looked at each other and hesitated in their own hetero-male displays of discomfort in re-enacting the whole affection thing and so she quickly put matters into her own hands and pushed them together like any good mother would for the sake of a family photo of her two boys. 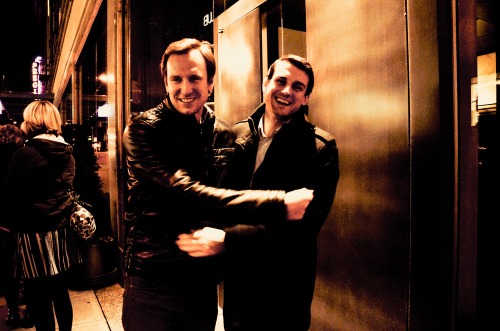 As you can see they are trying to hug again with everyone staring at them. You think they’re feeling a little awkward?

Fortunately their awkwardness was soon forgotten.

One thought on “Impromptu family dinner”