The drive along the Pacific Coast Highway was the highlight of our trip. All of a sudden the palm trees turned into evergreens and the flat road to seaside cliffs. I climbed to the back of the drivers side and would have hung my body out of the car to get better photos if the windows weren’t child-locked to halfway. 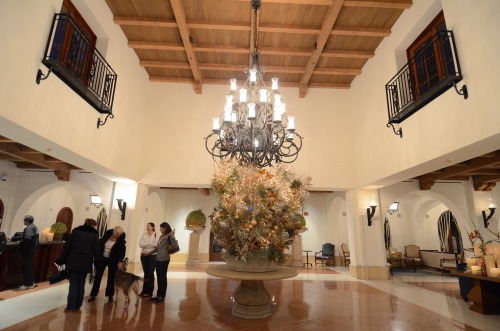 We wanted to take it slow and take in all of the scenery so stopped about halfway at Santa Barbara for the night. The resort we stayed in was just outside of Santa Barbara in its own beached area. Unfortunately we arrived in the evening and left first thing in the morning to continue on to our trip. Here is a photo of the lobby of the hotel though. It’s called Bacara Resort. Sort of reminded me of Whilster with several properties over 70 acres of land. The buildings were a manageable walk but in case you didn’t feel like it, you could also ring a driver to pick you up via golf cart to move you around. 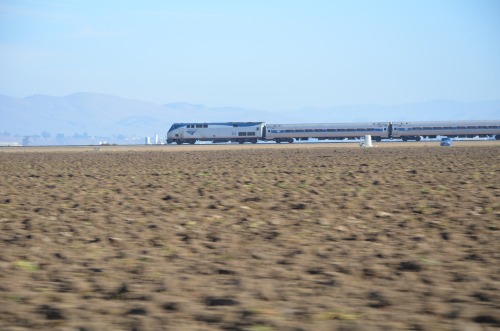 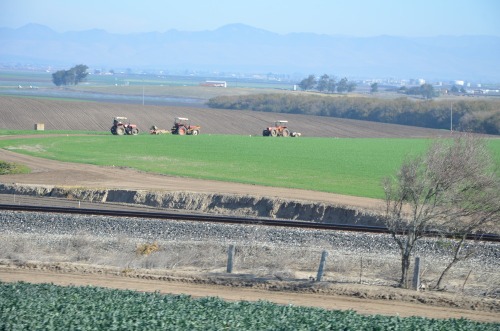 We drove through miles and miles of farmland along the way. I think I saw kale, strawberry and beets. Ryan insisted I take a photo of the Amtrack so here it is. He was very excited about it. 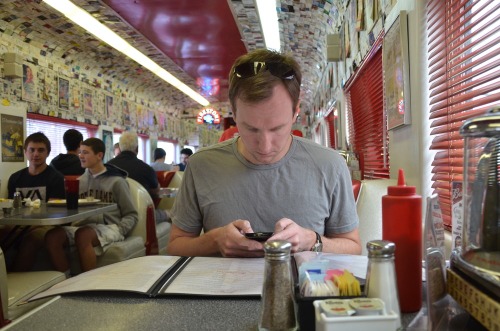 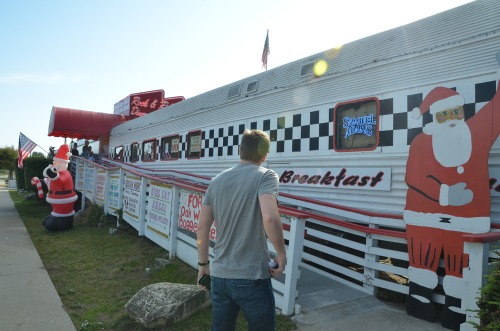 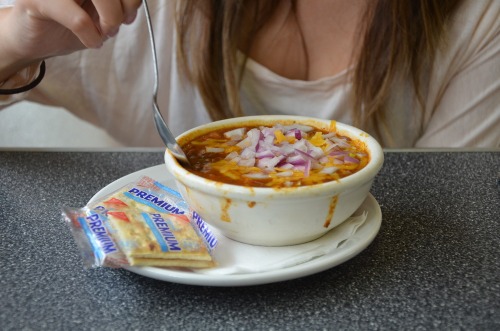 He became increasingly more excited when we got to a diner in Oceano, CA. We stumbled upon the Rock n’ Roll diner and of course had to stop in to have lunch. 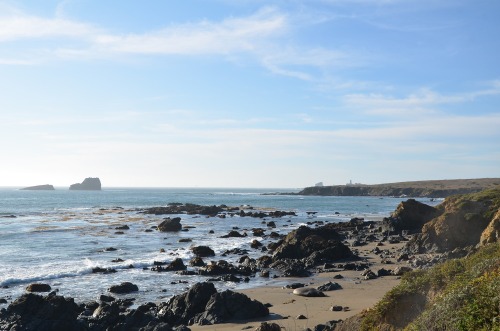 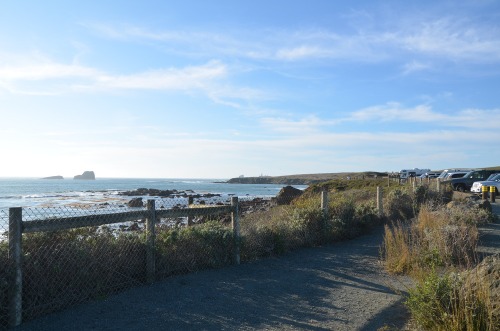 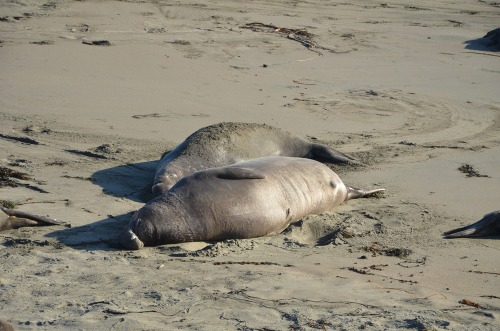 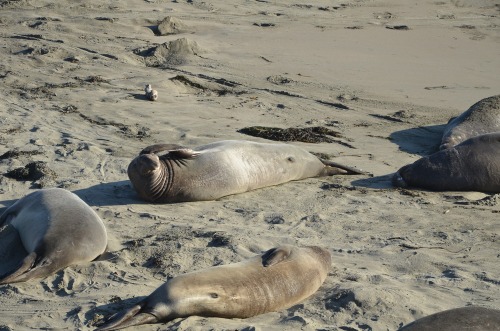 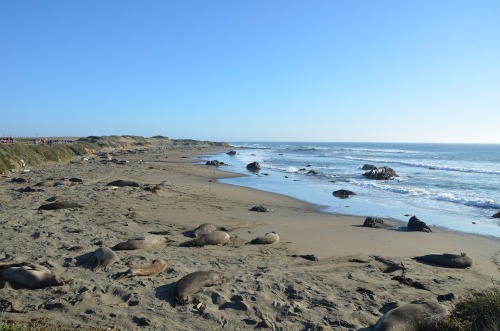 We actually stopped in San Simeon to try and get into a tour of Hearst Castle but it was incredibly busy. Hearst Castle is a historical monument and is a California State Park attraction. Buses shuttle tourists up the hill to the castle and tours of each area of the castle are given. Unfortunately we wanted to see the coast in daylight so truged on. Not before we stopped across the way to see the elephant seals sunbathing in the water. The female seals weigh up to 1500lbs while the males up to 6000lbs. Big guys. 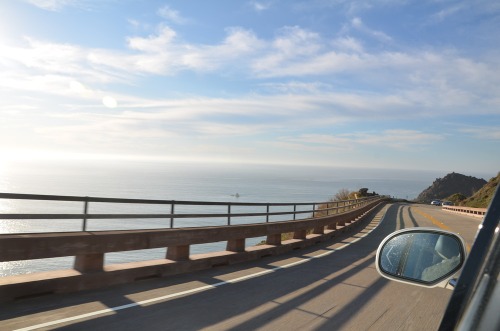 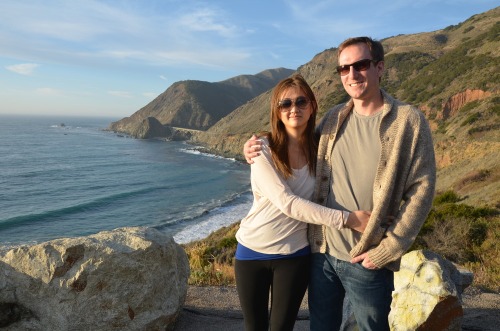 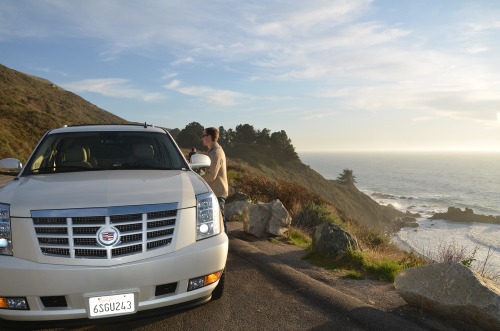 One of our pit stops 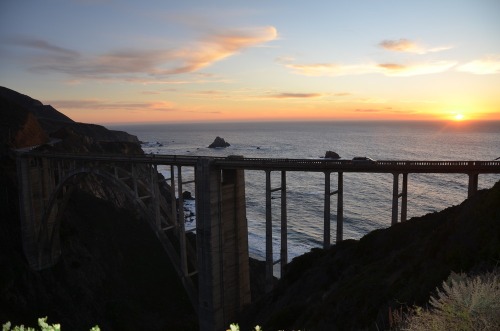 The money shot. This is what you see in National Geographic and probably every tourism photo of B
ig Sur. There were a few bridges like this along the way but not as large and picturesque as this one. We arrived just in time for sunset. 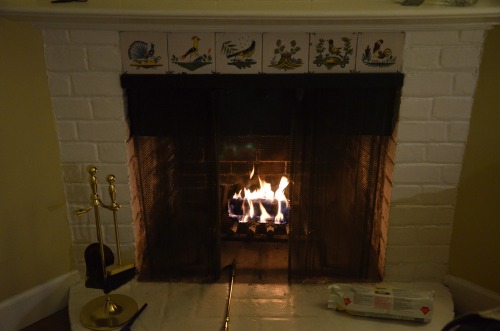 We checked into a small seaside inn in Carmel called the Normandy Inn. It was ‘quaint’ and drafty. Not quite what I was expecting. Ryan did like the duraflame log though. He took pride in making fire for his woman the two nights we were there. We checked out a day early to head over to LA because Carmel didn’t seem to be doing much for us. Carmel by the Sea (as opposed to Carmel) is a small seaside town filled with little shops and art stores, much like Salt Spring Island. Unfortunately the area is targeted more to families or older tourists. We didn’t enjoy the beach as much as we had hoped. It was probably also due to the fact that internet was extremely slow, so slow that we had to spend a few hours outside in the freezing cold in front of a coffee shop while Ryan worked (a running theme when with him, in fact thats why we left Salt Spring Island after 1-night of no internet). And because it was the holidays the streets were just packed with people, it was hard to get around and find dinner. 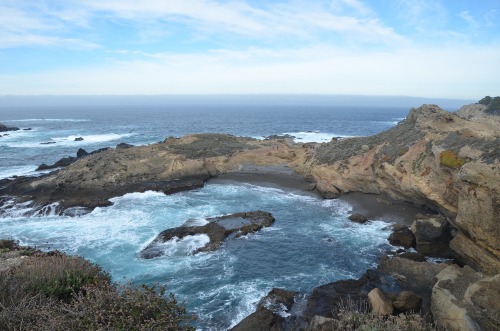 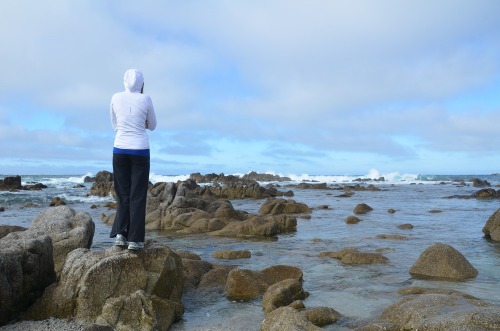 We stopped by a state park along the way to take some photos. Here are a few above. More photos below:

One thought on “Santa Barbara, Big Sur, Carmel and Montery”