This past weekend I surprised Ryan by showing up at his office in Cayman unannounced. I can’t keep a secret to save my life so I was pretty proud of myself for keeping it under wraps. I even sent him messages online during my layover in Toronto to pretend as if I had just woken up. He didn’t suspect a thing!

I was only there for 3 nights but it was really great to see him before the onslaught of final papers for school. I brought my homework and read on the plane and during the daytime so as not to miss a beat in class though. I worked as much as I would have at home, except I was in the Carribbean…

When I arrived at the office, Ryan was pretty shocked…as shocked as Ryan can get as Ben says “in his nonchalant, nothing fazes me, maybe I’ll smile but I’m not sure, kind of surprise”. Ben was spot on! (haha). 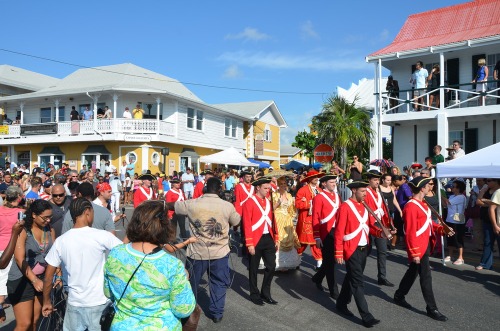 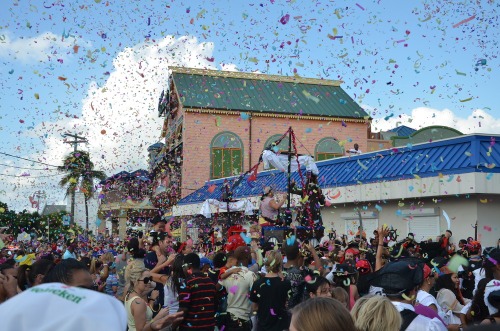 That weekend happend to be the kickoff for pirates week which is when the entire island celebrates its heritage (yes, pirates did come and stow their booty there). The governor of the island gets ‘captured’ in Georgetown and a bunch of pirates in pirate ships enact a big scene for the locals to watch. There were cannons, firecrackers and parades throughout the day. I thought I was a little overdressed when I left for the event but was re-assured when I saw the hordes of people all dressed up like me.

Above is a photo of me and some other pirate wenches. Arrrrrhhhh!!!!

Since I’ve already spent a significant amount of time down there we really didn’t have much to do aside from going to my favourite old spots. The water was a little choppy so we d
idn’t get to go snorkelling, diving, paddle boarding or even swimming. Fortunately I figure I’ll be back there soon so I didn’t miss out. Here’s a shot of Ryan and John, who also moved down there to work at the same time, at the Ritz-Carlton Sunday champagne brunch. It’s an excessive buffet with a price tag to match – very delicious and opulent.