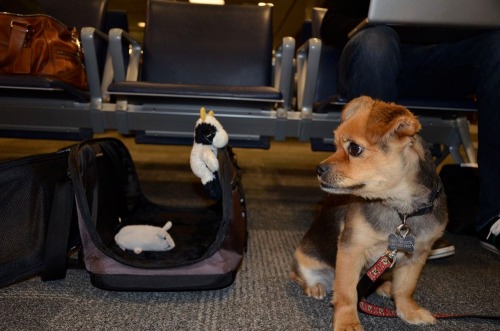 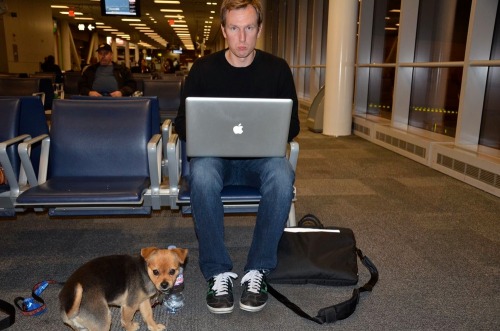 We flew Air Canada home and were worried because it would be the dog’s first time in his “Sleepy Pod” carry on and underneath the seat during the entire flight. Fortunately we had a lady with 2 cats and she kept the bags on her lap which made keeping the dog on ours okay. We actually left the flap open so he could stick his head out and he stayed in it most of the time (except to follow me to the bathroom once).
Here are some photos of us at Toronto Pearson Airport on our 3 hr layover.

This is the dog’s leash by the way. It’s perfect for Cayman. 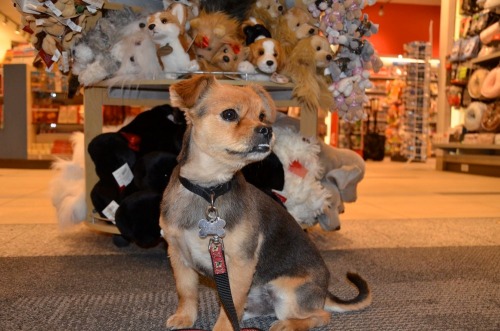 Vern decided to do some exploring at the near-dead airport this fine evening. I can imagine him saying “Hello? Anybody there?”

One thought on “Flying home”