Skip to content
We spent the bulk of our 5 day trip in the lounge at our hotel (Delta Montreal). I upgraded to the club suites and paid a premium for it since Ryan was working during the day in the hotel while I was at my conference. It included free breakfast and appetizers and non-alcoholic beverages during happy hour. The private lounge area would give Ryan an opportunity to stretch his computer legs and drink as much coffee and pop as his little heart desired. It proved to be well worthwhile since we both had a lot of work to do during our entire stay and there was lots of space to work. Breakfast was also handy since I was usually rushing out of the hotel directly to Concordia. ??Here’s a few shots of the view on the top floor where the club lounge and our room was located.

We went to L’Express twice on this trip. It used to be ‘The’ place to be and be seen according to my prof. It’s still jam packed every single night with a mixed crowd of regulars and out-of-towners like myself. They have house made pickles which are complimentary and plopped down for you to amuse yourself with while your order is being prepared. I should mention the food too. They’re famous for their bone marrow which I ordered of course. The problem is that you should probably share this dish with 3 other people because it is pure (delicious) fat. You spread it on toasted baguette and sprinkle a bit of sea salt on it and you’re in heaven. Unfortunately I had too much and consequently felt disgusting and probably guilty for overindulging. ??I tried to compensate by eating platefuls of the raw vegetable platter at the hotel but unfortunately when you accompany them with their cream cheese stuffed, breaded and fried jalepeno poppers, you negate the intended purpose of the consumption of the vegetables in the first place. ??Oh well. It’s the thought that counts. 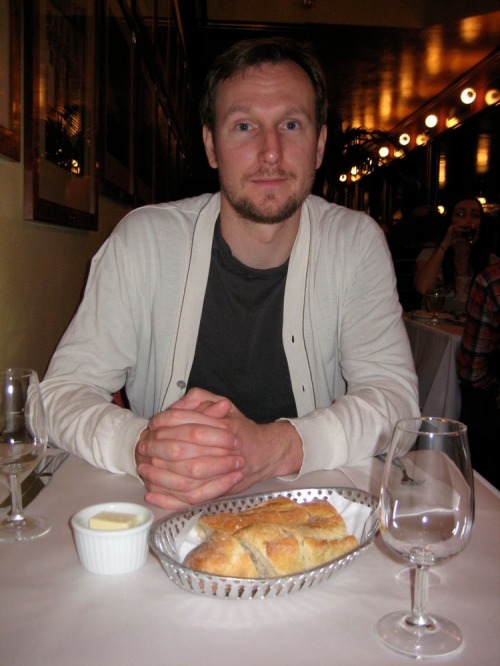 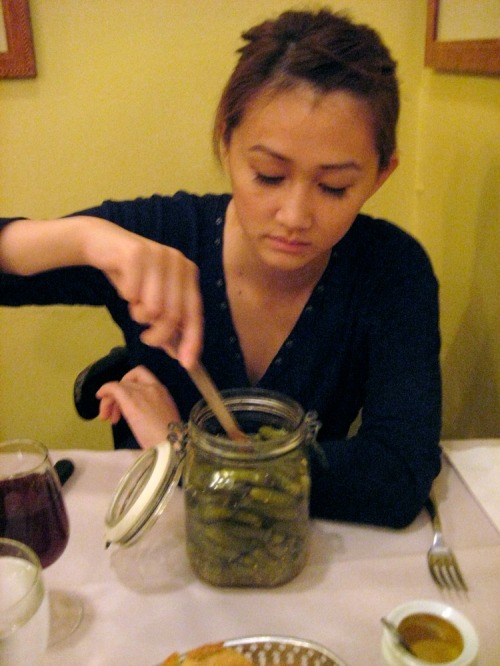 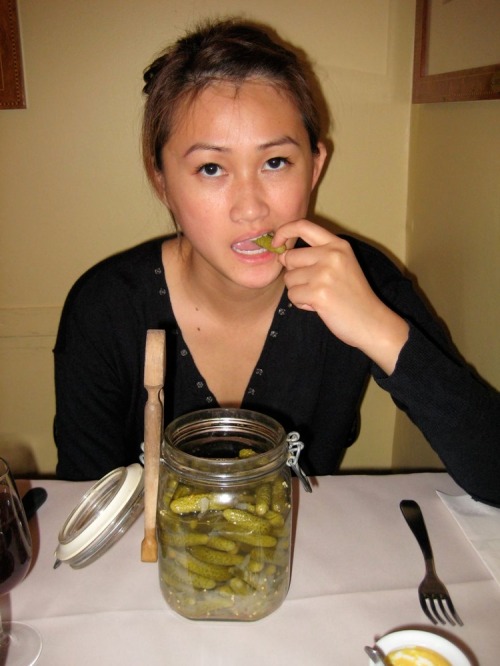 ??After dinner, we went back to our hotel which was next to the Place Des Arts outdoor public space. ??There was a free concert going on which was a pleasant surprise. ??I loved the open space. I wish we had something like that in Vancouver. ??There were hundreds of spectators at the event. 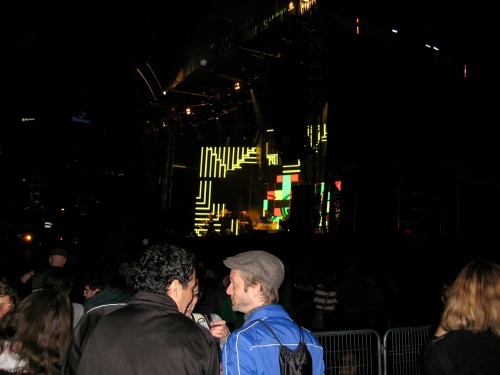 ??On our last day, we visited the larger market Jean Talon. It was more open space and there wasn’t a building housing multiple shops like Atwater Market. ??It’s lobster festival there and people were chowing down on whole lobsters for breakfast. ??Kind of funny. ??

??To end our evening we went to Frites Alors to have our final poutine of the trip. ??It was served at the beer festival and we found one of their many locations on St. Denis. 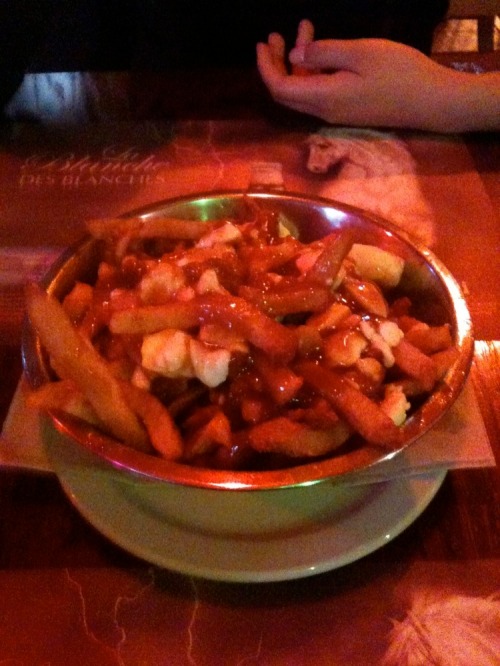 And while I have my thing for food, Ryan has his thing for subway systems and trains. ??I took a few candid shots of him using the subway.